Have A Meal At Rick Stein’s Seafood Restaurant 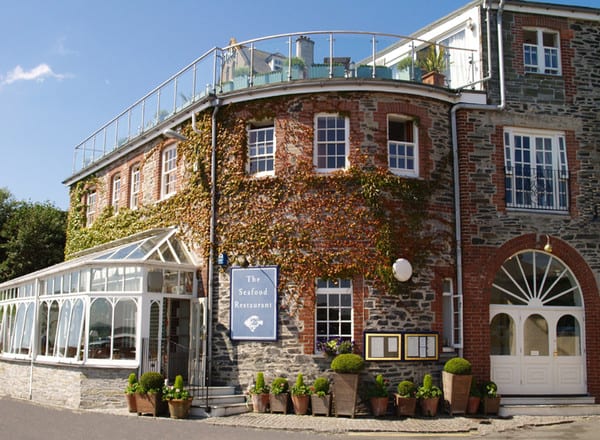 It would be a pity to not indulge in some fresh seafood while you’re so near to the Cornish coast during your stay at Perran Springs Holiday Park. Although there are many restaurants nearby to explore, the destination of choice for many foodies is Rick Stein’s Seafood Restaurant at Padstow.

As one of England’s most recognizable celebrity chefs, Rick Stein has appeared on numerous TV shows from 1985 through to this very day. For the last two decades he has presented many of these shows, while authoring an impressive amount of cookery books too.

While he owns many restaurants, it is the ones in Padstow that helped him build up his initial success and his impact on the town has even resulted in it being nicknamed ‘Padstein’ by some.

Ever since Rick Stein’s Seafood Restaurant first opened its doors in 1975 it has gone from strength to strength and today is one of the famous destinations for fresh fish and shellfish cooked simply with Rick Stein’s classic recipes.

Right in the middle of the restaurant is a seafood bar where you can sit and watch as head chef Stephane Delourme (twitter @StephDelourme ) and his team whip up their tantalizing dishes right in front of your eyes.

Whether you want to order from the a la carte menu or take advantage of the three course set meals that the restaurant provides, you’ll be in for a treat.
Special Occasions and Events

Being such a favourite amongst locals and tourists alike, the Seafood Restaurant celebrates many special occasions and events in style – including special performances and signature recipes. It also plays host to its own charity lunches in support of Cornish charity organizations.

As a family-friendly restaurant the Seafood Restaurant caters to diners with children over three and provides a special Children’s Menu that consists of many appealing main courses and desserts. Additionally some of the dishes from the a la carte menu are available for children in half-portions.

If you’re looking for a restaurant where you can sample the finest fresh seafood that the Cornish coast has to offer then Rick Stein’s Seafood Restaurant is exactly the right place to be. It isn’t too far from the campsite (approx 30 minutes drive) and your taste buds will definitely be pleased that you were willing to make the trip.

If you are visiting in the summer holidays, we recommend to call the Seafood Restaurant 01841 532700 for bookings and availability.